I think giant pumpkins are one of the most beautiful things in the world.  The one way to make them more beautiful is to have modelesque TaRhonda Thomas pose with your pumpkin.  Thanks for stopping by TaRhonda.  You guys are a lot of fun. 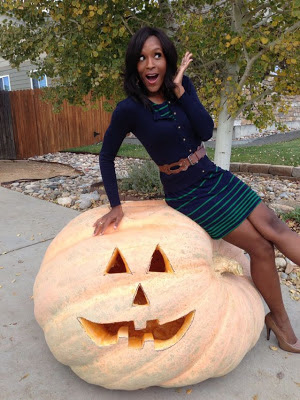 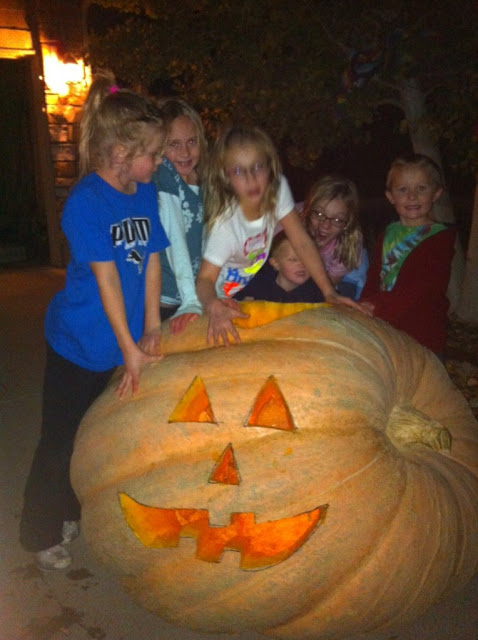 Compost for the Pumpkin Patch

Today I picked up 2.5 yards of compost and put down two nice piles into the patch mixed with some shreaded leaves from the yard and grass clippings from the neighbor.  I hope to till these in next month.  In the spring I'll put in another 2.5 to 4 yards.  I'd like to see my organic matter come up another 3% by planting time next year.  The compost that I got today wasn't fully composted but was very nice horse manure with a lot of alfalfa in it.  Should be ready in another 1.5 months.
Posted by Jamie at 10/20/2012 01:47:00 PM No comments:

Now is the Time to Start for Next Season

Seems like the season is done, but next season is already starting.  70% of your success or failure right now is going to be determined by what you do right now.  Getting the soil ready during October and making sure the nutrients that you need for next season's plants are in the soil is going to determine in a big way how big that pumpkin is going to grow next year.  After getting a soil test you are going to want to add the appropriate organic material to your patch.  I'll be adding some compost and shredded leaves to the soil and tilling that in during the next couple of weeks.  If the weather is good, I hope to plant a cover crop as well.
Posted by Jamie at 10/18/2012 06:28:00 AM 4 comments: 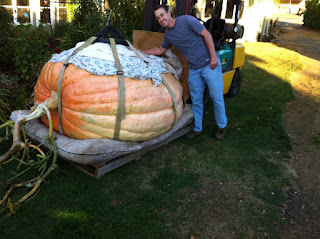 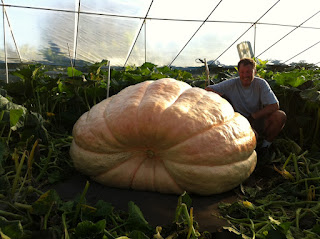 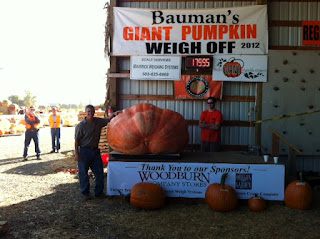 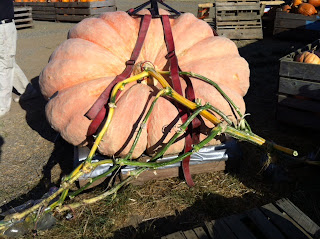 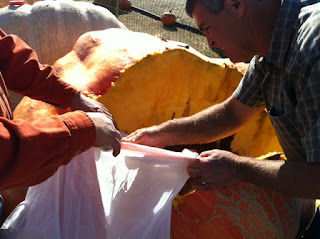 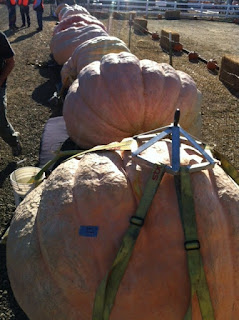