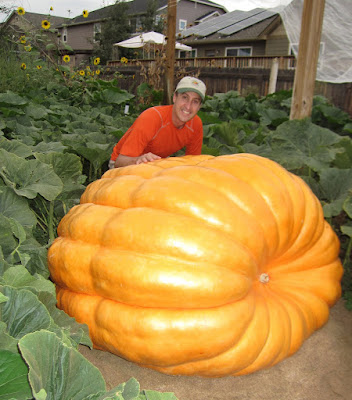 Doesn't Ricky have split going into it's cavity? Isn't against pumpkIn competition rules from the gpc that you can't enter a pumpkin that has split that goes into the cavity?

Yep, Ricky unfortunately has a split into the cavity. It can be weighed at the weigh-off but won't be part of the competition.

That is an awesome looking pumpkin!