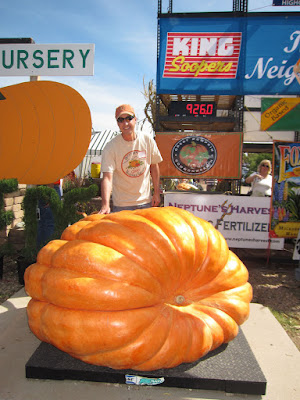 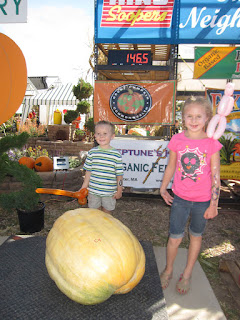 Top honors for the day went to Ron Hoffman of Wyoming with a nice 1,012 pound pumpkin. I was very happy for Ron. He is a great grower and deserves the win. A well deserved second prize went to Gary Grande who beat out his brother by nine pounds.
Got the seeds out of my pumpkin tonight. Not a ton of them because of some rot that had started inside but I was happy to see some at all. These seeds are now officially the 924.5 Johnson (1204 Scherber x 1810 Stevens).
Posted by Jamie at 9/24/2011 06:44:00 PM

Well Done Jamie,
Your a force to be reckoned with. we all have been rooting for your pumpkins all summer. Love the blog too.
Sam , from Salem, VA