The following are the pictures of the plants.  Both are doing fine.  This evening I gave both of the plants some foliar multi-mineral and I gave the 335 plant a pinch of blood meal to help the side vines grow a little faster.

So far, genetic wise it looks like I got exactly what I wanted.  The 335 plant had a female show up today.  It is darker yellow and a long shape to it which is what its mom had.  Pretty much all 1421 Stelts showing up in this plant so far.

The 1791 I'm not sure of what I got or what I want, but I'm happy with what I see so far.  I grew this seed because I liked the cross a lot.  Joel Holland told me that trait wise both plants were very similar last year and early on there was little difference in either plant.  Both plants were aggressive growers and the leaf size and shape were about the same.  The female that showed up on my plant one is round and since both pumpkins were tall and roundish, that isn't a surprise.  I hope to get the 1495's color and its heaviness.

I got the Dan Micros setup today so I can water under the leaves and the entire patch.  I think during the hot days recently I was under watering so it is good to get the sprinkler system going.  I messed up on one part of the pipes however so I need to go in and fix the one line still.

Strangely cool this spring in Colorado.  Lots of clouds and weather in the afternoon.  The plants don't seem to mind it however.  Nighttime lows seems to have been about average and with a little cooler days the highs and lows have been better for the plants.  The giant pumpkins don't seem to like extreme temperature changes. 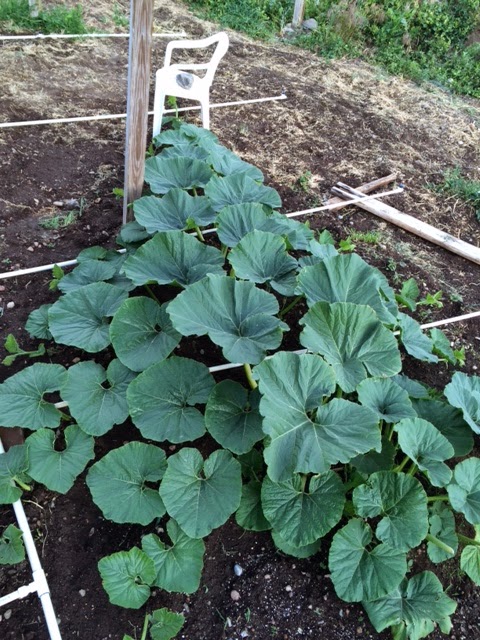 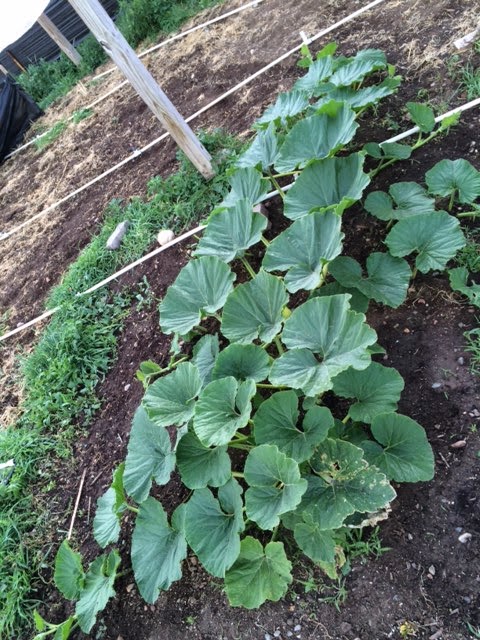 I live in Lakewood and just found your blog. Very excited to see how you do it. Thanks for posting. :)

Thanks for the comment Rebeccio. I hope I have a big pumpkin to show you at the end of the season.