Newest Pictures from the Pumpkin Patch

Leaves on the 1791 aren't looking good.  That is partially because of all the rain but I know it also has to do with the nutrient deficiencies.  In the future I'll now better recognize what was going on and hopefully correct it earlier.  Problem is that a lot of things kind of look the same and if you don't get on it quickly it will cost you a lot of pounds on the pumpkin as the season goes on.  Growth still isn't ideal on either pumpkin, but that 1791 sure is pretty.  See how she isn't squatting out yet.  Last year the pumpkin smooshed out early because she was thin walled and couldn't take the weight.  I'm hoping that this one isn't smooshing out because it is very thick and the thick walls are holding it upright.  The 1791 pumpkin (AKA "Bo") is estimating between 400-500 pounds right now. 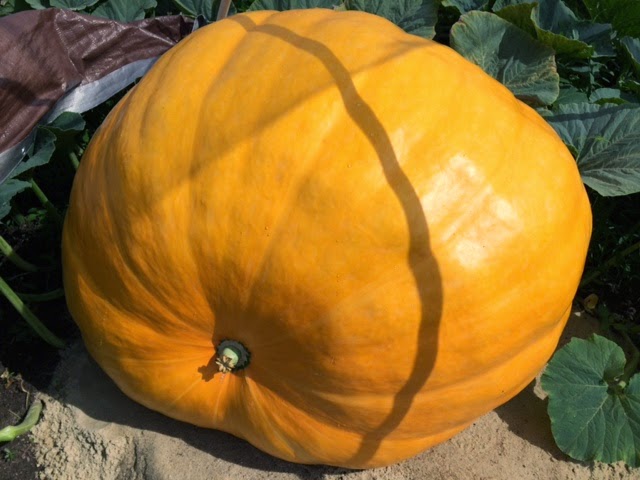 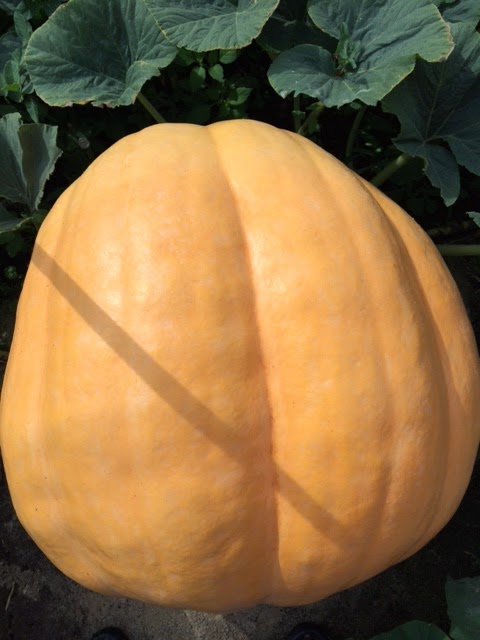 Gave the plants some more grandular nitrogen today.  Realized that I had mis-calculated yesterday.
Posted by Jamie at 8/01/2014 10:32:00 AM