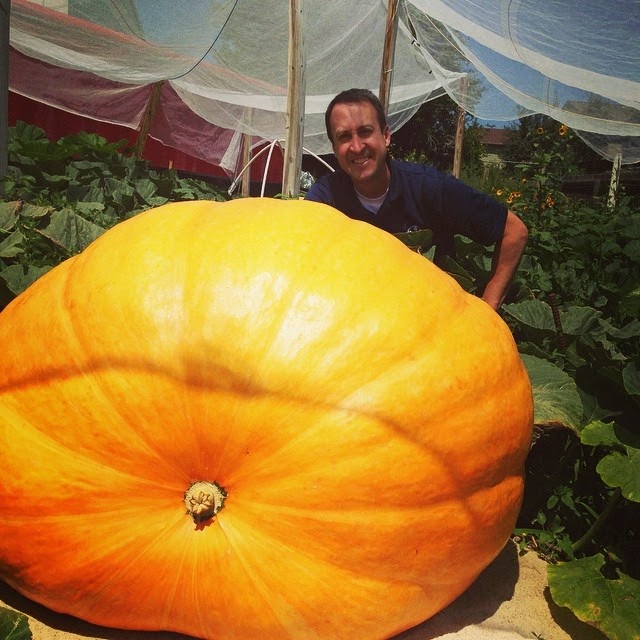 I've known for days but have been ignoring it.  Bo, the pumpkin on my 1791 plant stopped growing about a week ago.  The measurement on Saturday showed no growth over the 4 previous days.  I had suspected for weeks that the plant had yellow vine disease.  Growth started to ramp up but then dropped off about two weeks ago so I knew something wasn't right.  Tissue tests came back with the plant having low nitrogen so I was hoping it was that, but yellow leaves started popping up on Saturday and Sunday and I've seen this before.  I'll be pulling both of my plants this week and getting ready for next season.  Too bad about Bo.  He was probably the prettiest pumpkin I've ever grown.  That orange was only going to get darker over the next month.  He ended up unofficially at about 453 pounds.  I'm interested in seeing how thick he as on the inside when I pull the seeds out.  He thumps hard.
Posted by Jamie at 8/12/2014 04:25:00 PM