One More Weigh-off to Go 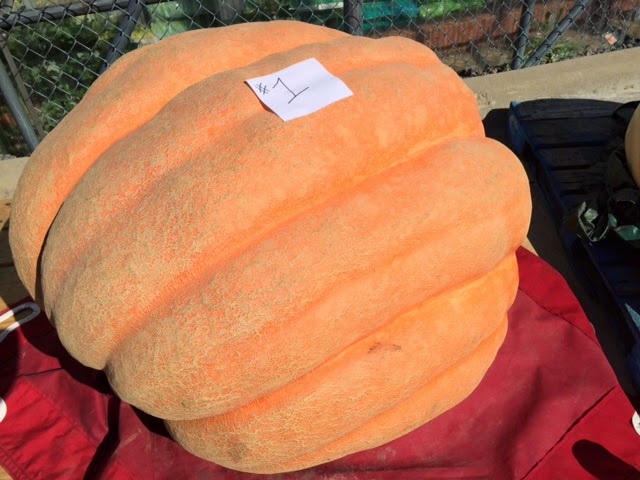 Yesterday I took my 335 Scherber pumpkin to the weigh-off at Nick's.  It ended up at a respectable 511 pounds which in my book isn't bad considering that plant was diseased and the pumpkin was picked in mid-August and then was just sitting in the patch for 1 1/2 months with a tarp over it.  None the less it was a disappointing season.

I'm going to be taking the 335 Scherber to one more weigh-off along with the kids pumpkins next weekend.  Also will be hauling with them a nearly 1,300 pound pumpkin grown by Joe Scherber which he was kind enough to give to my wife.  All of the pumpkins are in front of the house right now.  If you've never seen a 1,300 pound piece of fruit, swing on by.
Posted by Jamie at 10/05/2014 07:26:00 AM