How to use EC Testing of Soil for Proper Fertilizing 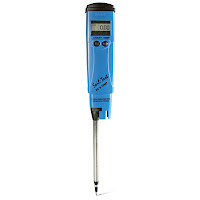 The year I'm trying something different in the pumpkin patch.  After a conversation with Don Barron last season it drove home what I have heard other growers say and something I've known for years but wasn't sure what to do about.  In the Spring and Fall typically I'll do a soil test so I know what I need to amend the soil with, but during the season I've been clueless as to what is going on in the soil.  The last couple of years I've done a tissue test which helps some, but they are expensive and one test doesn't necessarily tell you what the plant needs to grow a bigger pumpkin.

When I heard about what world record grower holder Beni Meir was doing with EC testing was it perked up my ears.  Basically Beni used an EC testing device that tests the salts in his soil to figure out when to fertilize.  Basically nitrogen, phosphorous and potassium are salts and the electrical conductivity tester gives a reading of how much salts are in a solution.  An EC tester won't tell you what nutrient a plant needs or what nutrient is deficient, but when testing during the season you can see the EC numbers drop as the season goes on and when the numbers go down you can then hit the soil with some fertilizer to get the numbers back to optimum levels. 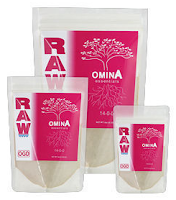 Today I gave both plants some compost tea with cane molasses and RAW Omina (learn more).   The cane molasses is a food source for soil microbes so it helps promote microbial activity.  When I first learned of Omina I was super excited.  My soil is too high with potassium.  Potassium, in large quantities, can be antagonistic in the uptake of calcium.  Omina can make nutrients in the soil more available and you can increase calcium ion uptake by 1000% because of some of the aminos that are in Omina.  Omina is 14-0-0 so the nitrogen in it will help support the current vine growth.  My vines are growing 6-8 inches a day right now.  That should put me close to a June 24th pollination with a little luck.
Posted by Jamie at 5/29/2015 09:53:00 AM