A Pumpkin Season in Review 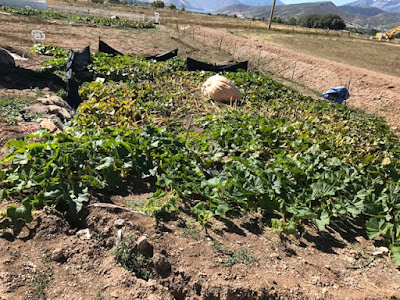 More of a learning curve than I anticipated this season, growing in a new pumpkin patch.  The season isn't quite done because tomorrow we will be cutting the pumpkin from the vine and loading it onto a trailer to take to the Thanksgiving Point weigh-off on Saturday, but the growing is done now.

My takeaways from the 2017 season: