Latest Pics from the Pumpkin Patch

The following are pictures from this morning from the pumpkin patch.  I've always considered, what I call the Wallace hump an interesting genetic phenomenon.  If you look at pictures of Ron Wallace's record breaking 2009 pumpkin from the front, you'll notice that the pumpkin isn't symmetrical.  There is one side that has more mass. 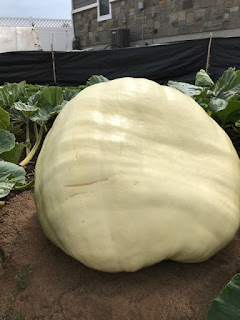 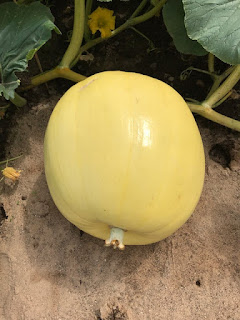 I'm a bit worried about the kids plants.  Growth seems slow and the vine tips are looking funny these days.  I'm hoping they don't have yellow vine disease.  Will continue to watch that.
Posted by Jamie at 7/14/2017 10:51:00 AM