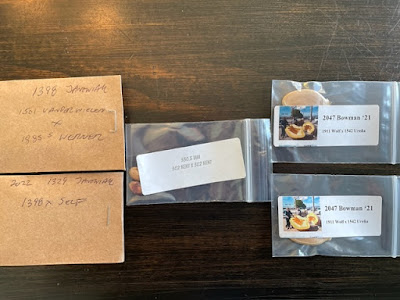 It is that time of the year again.  Yea know, when you get maybe a few semi-spring like days and you can smell the earth and then the pumpkin patch starts calling.  I could use some good earth time these days.  I'm way past due for a post here on the blog.  I have done some research this off season that I plan to implement this season.  I'm hoping that my health and work will allow me some quality time in the patch this year, because I'd really love to go after it this year.  I've been inspired by the UGPG members over the last two years.  A LOT of really big pumpkins being grown and I've been kind of on the sidelines the last two years.  Going have to step it up this year.

Watching pumpkins grow over the last 15 years, I can tell you that the difference between growing a 800 pound pumpkin and a 1,000 pounder and a 1,500 pounder is usually weather and then just a few key things being done better.  Now what those key things are will often be different for each person.  They might even be slightly different from year to year.  But for the most part, it is often a little more of this or a little less or that.  And once those items are dialed in, then amazing things start happening (most of the time).

So what am I going to do differently in 2022.  I'm going to do the same thing I said I was going to do the last two years, but didn't really do it.  That is feed the plant more and feed the plant earlier.  I've always been a little hesitant on that, because I haven't really known what the upper limit is on fertilization.  I still don't.  But I finally have a measuring stick that I'm going to use to get it dialed in.  Matt McConkie told me last year to hit the plant early with the spoon feeding and then put the foot on the gas until it seems like it is too much and then back off a little.

Looking at and talking to Ross about what he was doing with his 2,000+ pound pumpkins matches that.  His soil was kept pretty wet.  I asked him how much potassium he was giving this plants and it was double what I was doing and what I thought I was doing was maybe too much.  So I'm still starving the plants.

It is no wonder that the plant that produced my biggest pumpkin was also the one I thought I accidentally over fertilized in the middle of the season.  Looking back at it now, I was a little to late "over fertilizing" then plant and I was probably at about what I should have been when I was over doing it.

So this year, I'll feed them until I see growth, color, vine stiffness, etc that seems to be off and then I'll dial it back some.

I'd like to thank the growers that have very kindly provided me seeds for this year.  I think all of the growers gave me more than what I asked for, which is very kind.  They will be put to good use.

I'll be growing the 2047 Bowman this next year.  It is the reverse cross of Ross' big one.  I've always preferred the bigger pumpkin of the cross to be mama.  There is a little evidence that you get better progeny that way, but it isn't always the case.  Also, sometimes easier to get the seeds as most growers like to grow the big one.  It is an ego thing, but understandable.

I'm going to try something new this year.  Growing something that I can eat in the garden.  A strange concept I know.  I've wanted to do this for years.  I'm going to grow a giant watermelon.  I'm excited about this.  Not as much work as growing a pumpkin I'm told, but I'll have lots to learn.  The 330 Vial seed grew a 341 pound watermelon this year.  That seems kind of fun, because you can eat it with all of your friends when you are done.  Lol

My son is going to grow the 1398 seed again.  He got a personal best off that seed last year, so I figured, why not give it a try again.  It had great color and grew nicely.  I'm sure if a heavy hitter grower decided to give it a try, there is a very good chance they could pop a big one off of it.  The 1885 Werner (which just grew the world record) crossed with 1501 which has popped a lot of big pumpkins is a nice cross.  So we'll see if he can prove that out this year.