Started one of the 1325 pumpkin seeds last week to make sure the seeds are viable.  This nice little plant was produced.  I think this could be a good cross. 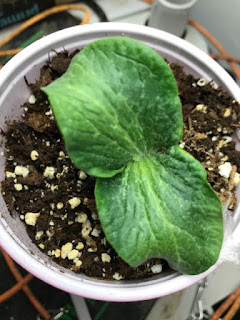 The Mulder chart that Joey Hogan shared I found very useful.  It basically shows how different nutrients interact in a very easy and understandable way.  In giant pumpkin growing we always talk about a balanced soil.   This chart shows the interactions of different nutrients and can be useful when trying to balance your soil. Click to enlarge: 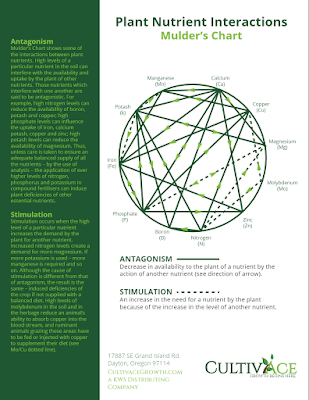 Okay, my seed lineup got solidified today when I got a bubble in the mail.  It's like an early Christmas.  I haven't met Mr. Karl Haist yet, but I'm hoping he will be in Vegas because I want to shake his hand.  I asked him for one seed and he sent many.  And they good ones.  I'm going to grow my own 1325 Johnson seed this next year, but haven't decided what seed I'll grow in the greenhouse yet.  The 2005 seed is the one I grew last year and it grew the biggest pumpkin in 2019.  The 2nd seed is the 2517 which is a seed from the biggest pumpkin grown in the world this last year.  Decisions, decisions.  Which one would you grow and more importantly why? 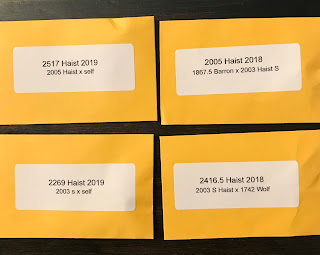 When you look at pumpkin seeds that have consistently grown the biggest pumpkins in the world over the years you find a line that connects the dots to the seeds that seem to point a path to the future.  From time to time there have been side shoots to these lines, but typically the progeny on those lines peter out quickly.

So a little history.  Today's lineage and the seed that was the one that everyone wanted when I first started growing was the 1068 Wallace.  All of the big pumpkins today come from the 1068 genetics.  The first pumpkin over 1,500 pounds was grown by Ron Wallace from his own 1068 seed.  A lot of growers grew a personal best from the 1068.

The next big seed was the 1161 Rodonis.  I grew a 1161 Rodonis and it grew me a personal best pumpkin.  That seed grew the world record 1810 Stevens, but that seed line seemed to peter out.  A number of big pumpkins came from it, but the progeny didn't seem to produce any lineage that continued to grow big pumpkins.

There was also the 1404 Bryson that grew the 1818 Bryson, but that line fizzled out as well.

The next big seed was also a world record grower and it is a second generation out of the 1068 Wallace.  That seed was the 1725 Harp.  The 1725 Harp produced what I would call a game changer seed. The famous 2009 Wallace seed, which was the first one ton pumpkin and was grown by the same Ron Wallace that was mentioned earlier.

I got a 2009 seed from Ron and I didn't even ask for it.  Unfortunately it was the only seed that didn't germinated that year.  The 2009 produced the world record 2032 Mathison and the world record  2323 Meier world record pumpkins.   A lot of big pumpkins came out of the 2009 Wallace seed.

At that point the seed line deviated just a little.  Out of the 2009 Wallace, but not directly came the 2145 McMullen which produced the current world record 2624 pound pumpkin.  I say deviated, because I would have expected the line to the next hottest seed to be directly out of the 2009 seed.  There have been a lot of big pumpkins from 2009 progeny, but none have seemed to be as good as the 2145, which is 3rd generation 2009.   The interesting thing is that mama's side of the genetics in the 2145 is a lot of 2009 and papa's side was mostly 1161.  So in some ways the 1161 Rodonis line didn't really die out, it just took a few generations for it to pop back up.

What is the next big seed?  My money is on the 2005 Haist line.  It produced the biggest pumpkin in the world in 2019 and the average weight of the pumpkins grown was something like 1,700 pounds and all of them went heavy to the chart.  I grew that seed and wish I could grow it again.  Didn't have ideal conditions this year, didn't have good health and would have changed up my fertilizer program some knowing what I know now.  My guess is the next world record will come out of the 2005 line.

My 1325 Johnson seed takes the #1 seed of 2019 in terms of average weight, being the 2005 Haist and crosses a top 25 seed pollinator 2255 Zaychkowsky.  I think it has some good potential.  The seed is available for sale here. 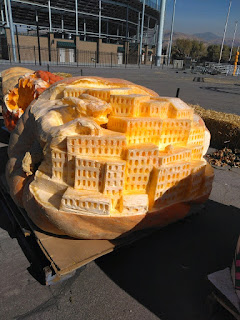 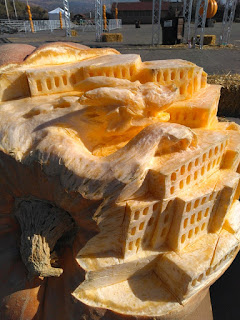 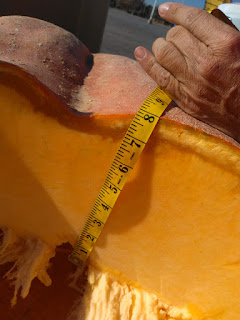 So the following are the five most popular posts from this season.  Thought it might be interesting to post these in case you didn't have a chance to check them all out.