It's the best time of the whole year.  Football in the full swing.  Major league baseball play-off action and most important of all, the pumpkin weigh-off season.  Starting next week the weigh-offs begin in Denver.  Great family events and the biggest pumpkins you will see in Colorado!  Check out each of the five GPC weigh-offs.  Pumpkins weighing in at over 1,000+ pounds: 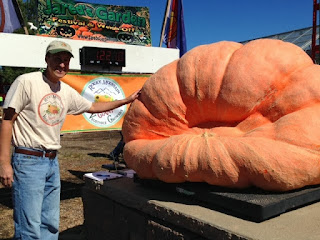 Today I have the pumpkin plant some RAW Grow in the areas of new vine growth.